Our conception of traces and trace data was developed in collaboration with Rainer Simon of the Pelagios project, and follows on from work he did in developing the original Peripleo pilot web application. In that project, annotations of web records describing ancient coins, coin hoards, and inscriptions were annotated with URIs for their findspots, or locales. There is an increasing interest in extending the kinds of records that may be annotated with places, to include events, people, and other kinds of material objects, including works of all kinds.

We in the WHG project have a particular interest in annotating records concerning geographic movement, including individual journeys and expeditions, and flows of all kinds. 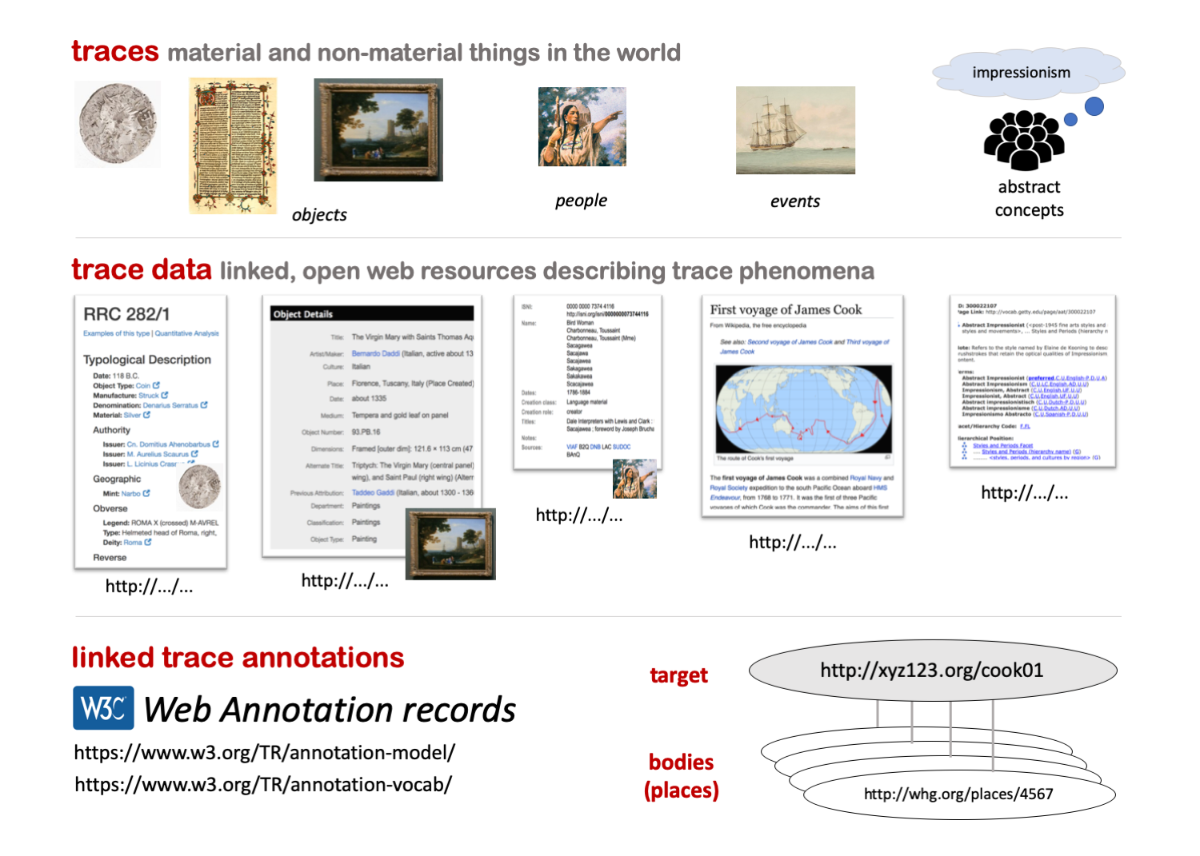 We are using the following vocabulary:

The Linked Traces format used in WHG so far is a work in progress. It is not so much a format as it is an implementation pattern of the W3C Web Annotation model and vocabulary. We have been collaborating in a small working group to enumerate what patterns may be broadly useful, and in the meantime have created a template for our own use.

The distinctive features of our approach and our annotation pattern include:

What follows is a partial Linked Traces record now indexed in our system. It annotates a dataset, "Hernán Cortes and the Conquest of the Aztec Empire", with 82 places involved in that event.